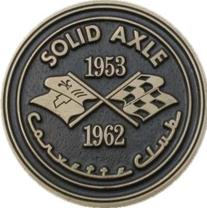 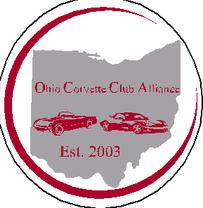 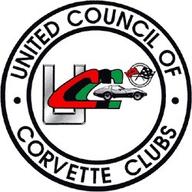 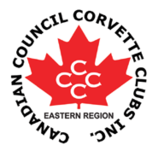 The National Council of Corvette Clubs, Inc. (NCCC) was founded in the United States as an all volunteer, non-profit organization in 1959 by a small group of Corvette owners/enthusiasts! In 2009 we celebrated our 50th Anniversary and look forward to many more years of fellowship. The purpose of NCCC was (and still is) to promote interest in Corvette ownership and operation, to publish information on the use and operation of the Corvette and to establish an organized effort to encourage others to participate in the enjoyment connected with the use and ownership of the Corvette ~ America's Sports Car!

The Northwest Association of Corvette Clubs, created in 1972 to organize Corvette Clubs in the Pacific Northwest; to increase participation, communication among member Corvette clubs, to improve the Corvette Image to the general public, to further the development and quality of Corvettes and to improve services available to Corvette owners.

ICCC is comprised of numerous Corvette Clubs from as far east as South Carolina and far west as Texas.  Our goal is to promote participation in Corvette oriented activities and to enhance the enjoyment connected with the ownership of the Corvette for its members.  We encourage and assist with the development of Corvette Clubs on a local level.   ICCC was formed to maintain organizational consistency among member clubs and to develop financial assistance to member clubs.

NCRS is dedicated to the Restoration, Preservation and Enjoyment of classic Corvettes.  The NCRS has 46 Local Chapters around the world. Local chapters provide the opportunity to meet NCRS Members in the various regions; people how share your love of Corvettes and the restoration and enjoyment of these fantastic cars.  Chapters hold local events such as Judging Meets, Judging Schools, Road Tours and just get together to get to know one another. Come for the cars stay for the people. 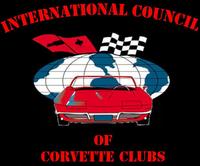 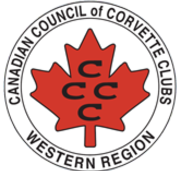 We are an organization that is a combination of clubs. Clubs and their members make up WSCC which currently comprised of 56 voting and non-voting Corvette clubs. Although our base is in Northern California, we have clubs from as far East as Colorado to the Pacific Southwest and Northwest including Alaska to the west.  WSCC acts as the governing body for sanctioned Corvette activities such as car shows, rallies, autocross, fun runs and social events.  We establish and support uniform ground rules and competition codes for events. We recognize top competitors through year-end awards.  We host an annual Convention of participating Clubs. We publish a regular newsletter called REDLINE.

The United Council of Corvette Clubs (UCCC) was conceptualized in a Holiday Inn parking lot in Cleveland, Ohio in July 1975.  Two strangers shared the same vision, the development of an organization that would bring together Corvette owners and offer a platform on which to celebrate the Chevrolet Corvette. Three years on July 1978, 34 affiliated clubs joined together in Memphis, Tennessee to host the first official UCCC Convention.  The UCCC has grown to support more than 300 members, who represent 21 affiliated clubs throughout the country. 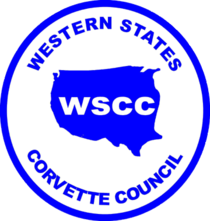 ​The Corvette hobby is shaped by the people - and more specifically the clubs - that live and breathe Corvette.  Over the years, as Corvette clubs grew in membership and in numbers, a number of flagship organizations developed to provide clubs with a guiding body for everything from sanctioning events to restoration specifications to sponsorship and insurance.

Corvette enthusiasts are known travelers.  We venture out in our pride and joy in small groups, huge groups, and sometimes all by ourselves.  Corvette clubs are located throughout North America, and beyond and are known to love having visitors.  In September of 2017, the presidents from several ‘councils’ were hosted by Mike Yager at Corvette Funfest in Effingham, Illinois, where a pact was made to heighten the awareness of each others existence and encourage our members to visit other clubs when on their travels.

To facilitate that ‘on the go’ camaraderie, we are sharing information to make finding each other easier.  Scroll down this page - you will find links to these organizations (click the logos) with some information about them. 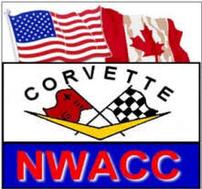 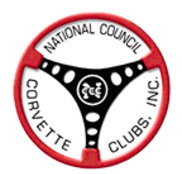 CCCC WR is the Western Canadian organization of Corvette Clubs in British Columbia, Alberta, Saskatchewan, and Manitoba. It is a non-profit organization staffed by volunteers from the member clubs. There are 10 member clubs who host events for Corvette enthusiasts at many locations throughout the summer.  The Council provides Competition Rules and Insurance for the local clubs to hold these competitive events. CCCC members gather on long weekends during the summer at "Major Events" hosted by local clubs.